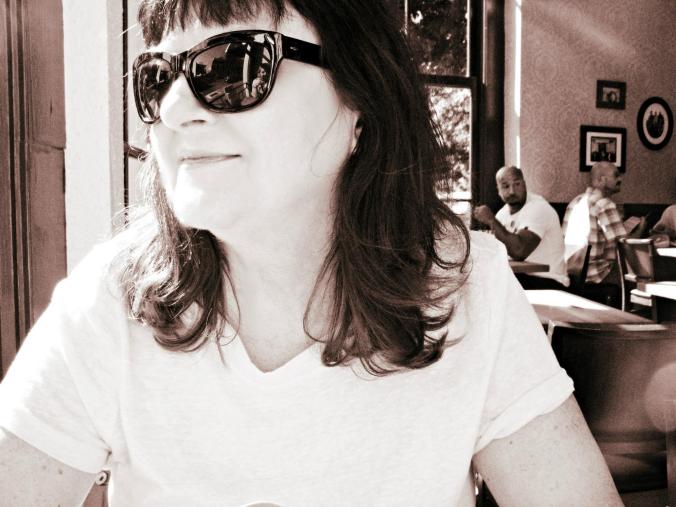 When I was younger. “So much younger than today,” as the Beatles sang in Help, I boasted that I didn’t regret anything. “It’s pointless,” I declared self-assuredly. “These are all the things that have made me who I am today,” my much younger self proclaimed with bold bravado. Like a war hero decorated in medals. I thought I had it all figured out back then. “But now these days are gone, I’m not so self assured. Now I find I’ve changed my mind,” and I’ve realized I do have regrets.

Regrets are different from mistakes. True, you can learn from them. Both inform and create the person you are thus far.

But for me there’s a big difference. Inherent in every mistake is another opportunity. To fix things. To do better next time. To get it right. There’s built in resolve. Doggedness. Determination. There’s the possibility of a second chance. Ultimately a happy ending if you play your cards right. A new and improved you may emerge.

None of this comes into play with regrets. These are the things you can’t fix. The one timers. There isn’t a second chance. No opportunity to do better next time. You can’t repair the damage. There’s a certain sadness to regret. Sorrow. Melancholy. Mournfulness. These are the residual feelings that linger and haunt. So final. Permanent. What’s done is done. The best you can do is learn something of value and move on. I don’t dwell. But I don’t brush regret under the rug either. I acknowledge and own. Take full responsibility. Grateful for the refiners fire. Pray for wisdom.

Now there are some things on this list that I may be able to scratch off one day. There’s still time to learn how to pickle, for example, even though I’ve missed my opportunity to learn this autumnal skill from Ma. I may even learn how to swim, but that means I have to muster the courage to put on a bathing suit. So for now they are on the list, among the items that I won’t ever be able to change, take back, do over, nor make go away.

Here’s the big kicker. I think it’s okay to have regrets. To feel remorse about something I did or said. Although I can’t change the past, my regrets act as a barometer and guide for the things I do now. The decisions I make. The path that I follow. They remind me that I am only human after all. They humble me. I seek grace. Forgiveness. Move forward with a far gentler hand and quieter step.

According to Dr. Brené Brown, research professor at the University of Houston Graduate College of Social Work, “Regret is a fair but tough teacher. Regret is a function of empathy.” And what people often regret the most is “failure of kindness and courage” in certain situations. Amen to that Brené.

So here they are. In no particular order. Unedited. From my regretful heart to yours.

1. Hurting anyone, even if it was unintentional.
2. Complaining and whining rather than helping and changing.
3. Not respecting The Old Man’s right to choose what he put into his body. He was diabetic not an idiot.
4. Being impatient with my children when they were young and my parents when they were elderly.
5. Not saying yes more often.
6. Hurting or humiliating someone with unkind words, especially those most dear to me.
7. Taking dance lessons instead of piano lessons when I was given the choice.
8. Ever starting to dye my hair.
9. Squeezing pimples on my face when I was a teenager.
10. Taking my oldest daughter to see Purple Rain when she was six.
11. Giving up my teaching career. Summer’s off would be nice about now.
12. Sleeping with men who didn’t give a crap about me, even when I knew better.
13. Smoking, especially in front of my two oldest kids.
14. Gossiping about anyone.
15. Criticizing people just because it’s so easy.
16. Not appreciating my youth when I had it.
17. Not going to Europe after University.
18. Not saving or doing any financial planning before forty.
19. Not practicing my guitar, my flute, my clarinet.
20. Criticizing The Old Man for eating too much sugar then over indulging myself.
21. Being rude.
22. Not mending fences with one of my brothers after Ma died.
23. Not being with my parents to hold their hands when they died, especially Ma.
24. Being a Groupie instead of the leader of the band.
25. Waiting 20 years to get a divorce.
26. Waiting 20 years to marry E.
27. Not taking my son to sporting events when he was a kid.
28. All the times the words “I’m sorry” got stuck in my throat.
29. Letting my ego and pride get in the way.
30. All the nights I lost sleep over things that didn’t matter.
31. All the times I was small and petty instead of large and magnanimous.
32. Holding grudges far too long.
33. For speaking before thinking.
34. Over thinking things that in the end were really quite simple.
35. All the opportunities I deliberately ignored.
36. Not doing what was right regardless of how uncomfortable it made me feel.
37. Not playing fair.
38. Not going to social events when I said I would.
39. Breaking promises, especially to my kids.
40. Not playing more games with my kids.
41. Not listening.
42. Being a smart aleck and thinking I was so clever and witty.
43. Bragging and being boastful.
44. Not grabbing on harder to all the small beautiful things in life.
45. Going to bed angry and waking up angrier.
46. Living a timid life.
47. Let fear rule far too often.
48. Not letting go of resentment, especially towards my ex-husband.
49. The years spent watching useless television.
50. The time and energy spent thinking about Jennifer Aniston’s hair.
51. Not speaking up in defense of someone because I was afraid.
52. Not learning to swim.
53. Never having asked for a raise.
54. Raising my voice at my kids, especially when they were little.
55. Saying no to all the nice boys who asked me to dance in hopes that a bad boy would.
56. That I never learned how to make pickles from Ma.
57. The first time I got drunk on Ruby Rouge when I was sixteen.
58. All the money I spent at McDonald’s on those Quarter Pounder with Cheese meals.
59. Not spending enough time with my grand daughter.
60. Not taking Andy to another vet for a second opinion sooner.
61. Being selfish and self-centered.
62. Wanting my own way even when I knew it wasn’t good for me.
63. Blaming my bad moods on hormones.
64. Letting good people slip away from my life because I was too lazy to work at keeping them.
65. Not showing up more in the lives of the people I love.
66. All the excessive sun tanning I did before 40.
67. Not letting The Old Man teach me how to speak Finnish.
68. Not going to see Mumford and Sons at the Vogue.
69. Not taking better care of my feet.
70. Eating when I wasn’t hungry.
71. All the years I wore high heels with pointy toes to work.
72. Not getting Ma back home before she died.
73. Not spending more time with The Old Man when he was in “the home.”
74. The horrible fight I had with my ex-husband in front of our daughter when she was six.
75. Not saving for my kids college and university education.
76. Being ashamed and embarrassed by what The Old Man did for a living.
77. Not walking out of Eyes Wide Shut. A total waste of 159 minutes.
78. Not watching hockey on Saturday nights with The Old Man.
79. Not focusing on one thing and getting good at it.
80. Not paying attention in class, especially the last two years of high school.
81. All the years I didn’t even trying to see The Old Man’s point of view.
82. Pretending the panhandlers were invisible.
83. Not putting my hand up and asking why.
84. Trying out for things in high school that interested my friends instead of the things that interested me.
85. Holding back my smile in my wedding photos because I was self-conscious in front of the camera.
86. Losing it shamefully the Thursday before our wedding because the forecast called for more rain on our day.
87. Crying all those times when I was actually angry.
88. Not asking that guy if he was married before accepting his invitation to dinner.
89. Causing my children to worry about me.
90. Not taking bigger braver bolder risks and just putting myself out there.
91. Interrupting.
92. Spending time cleaning my house when I could have been spending time with my kids.
93. Ever wearing horizontal stripes.
94. Ever wearing palazzo pants and platform shoes.
95. Eating liver.
96. Not resisting the fateful caramel that destroyed my fragile back molar permanently.
97. Every wearing barefoot running shoes on concrete sidewalks.
98. Not being a better mother to my oldest daughter when she was a teenager.
99. All the days I complained about the weather as if that could change things.
100. Not being involved in my kids’ schools and not attending any PAC meetings. Three kids and not even one.
101. Ever taking off the rose colored glasses.

There are also things I don’t regret. Opening my heart to love. Being vulnerable. Tender hearted. Having three beautiful kids. Marrying E. Being The Breadman’s Daughter. 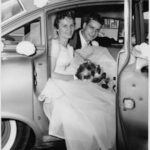 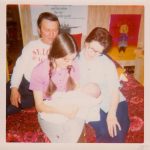