Dakota Wollmer. The Power of the Imagination and All the Places it will Take You.

Today we raise our fists high and put our hands together in celebration of our Feature Girl Warrior, the multi-talented Actor, Writer and Director, Dakota Wollmer, who plays Jill Wazowski in the monthly web series DysFUNctional. Raised in a small town in the upper peninsula of Michigan, Dakota found her niche early in life when her second grade teacher gave her the lead role in her class play. She tried other pursuits, but everything continued to lead her back to acting. As the youngest of six children, Dakota was allowed to remain childlike for longer, allowing her imagination and creativity to thrive and become a core part of her personality. During her first year of high school, Dakota and her mother moved back to Wisconsin, her birthplace, where she finished high school. In her senior year, Dakota planned to move to Los Angeles, California with her best friend and take acting classes, but a reality check from their astute choir teacher, lead Dakota to ultimately attend and graduate from a reputable acting school in New York City. After high school, Dakota went to the American Musical and Dramatic Academy and graduated from the studio conservatory program in January 2015. She babysat on the side (something she’d been doing since she was eleven) while attending auditions and living in her half sister’s basement. After about six months she moved into her own apartment in Garfield, New Jersey with her best friend from high school. In October 2015 Dakota got her first paid acting job as a ‘Scarer’ in the NY Haunted Hayride. In the summer of 2016, she joined Do It All Productions as the character Jill Wazowski in the monthly web series DysFUNctional, which began filming in September 2016 around the same time Dakota began dating her cast mate, Francisco Rojas. Dakota quickly became the Director of DysFUNctional and started presenting episode ideas to the Creator and Head Writer, Vee Infuso. He liked her ideas so much that he made her Co-writer of the show. In February 2017 Dakota discovered that she was pregnant with Francisco’s child. When they shared the news with the Show Creator, he decided to halt production and begin focusing the show around the character Jill being pregnant. After a few episodes, Dakota became the Head Writer for DysFUNctional. Now it’s become her passion project and she has full creative control. After giving birth, Dakota has continued to work diligently on her acting career and has also joined a non-profit theatre group called Roaring Epiphany Production Company.

I never really considered myself a warrior. Just a passionate, hardworking woman who’s making her dream into a reality while still making time for her family.

What was it about your lead role in the second grade play that got you hooked on acting?

I think the reason I was so inspired by my role in the class play in second grade was that feeling of trust and responsibility, which came with it. My teacher handpicked me to have the most lines and to carry the play. And it made me feel important, like I was really doing something for the other students. And that feeling of helping others through art and entertainment has carried over into my adult life.

You’re the youngest of six children. Did that position in the family dynamic influence your career path? How?

I think as the youngest child, my job for the longest time was just to be cute and entertaining. And I guess I decided that I wanted to grow up to entertain as well!

Tell us about your high school choir teacher and the “reality check” she provided?

In our senior year of high school, my best friend and I had a plan to move out to California after graduation. We’d work odd jobs and I would take acting classes and audition. She told our choir teacher, who then explained to us both why we’d be better off going about it differently. She convinced me to apply for the reputable acting school I ended up attending in New York, after explaining that it’s less exclusive in New York and therefore easier to get work.

What was your first paid acting job and how did you feel landing that?  What was the most memorable thing about that experience?

My first paid acting job was for the NY Haunted Hayride in 2015. I felt a real sense of accomplishment when it was over, not to mention how much fun I had doing it.

We love the comedy web series DysFUNctional. Your character Jill Wazowski is awesome! So funny. Where did you draw inspiration for the role?  Is Jill based on anyone in particular?

Thank you. Jill is an interesting character, and when I first started playing her, I didn’t know exactly where to start. It took me a while to find the perfect mix. I drew inspiration from the show’s creator, from friends I had grown up with, and from within myself as well.

How has having a child changed your life – professionally and personally?

I thought that having a baby would make my career path more challenging, but I’ve actually found that she’s now my biggest motivation. I want to set the example for her to follow her heart no matter what and to do what she loves while still making time for the people most important to her in her life.

What obstacles have you overcome and walls have you broken down to get to where you are today?

I grew up poor, and acting is a profession, which requires a lot of financial investment in oneself. So I have had to find ways to do what everyone else does without spending as much money, but still having it turn out just as great or even better. I also have had people doubting me the whole way, telling me to turn back or get a career safety net… With all that being said, I still feel like I have a long way to go, but I’m confident I can overcome whatever obstacles lay ahead.

Don’t be so hard on yourself. Rome wasn’t built in a day, and not everyone starts from the same block.

I hope it’s everything you expected it to be. Don’t forget where you came from, and remember to always help those in need.

Amanda Tapping. You may not know her, and those of you who do probably recognize her as the queen of scifi. Growing up, I watched Stargate Sg-1 on TV. My favorite character was Dr. Samantha Carter. She was a rocket scientist and feminist in the military, played by Amanda Tapping. That’s a role I wouldn’t hesitate to take on if the show was ever rebooted. In fact I’d be happy to just play her daughter. Amanda went on to act in many other scifi roles and is still a brilliant actor today!

What’s next and where do you see yourself in 5 years?

In five years I’d like to be attending the Golden Globes or the Oscars, and inspiring little girls all over the world to grow up to be Girl Warriors the way films and television inspired me growing up.

If a bioflick were made of your life, what would it be called?

A bioflick of my life would probably be called something cheesy like “Imagination and the Places it Takes You.” 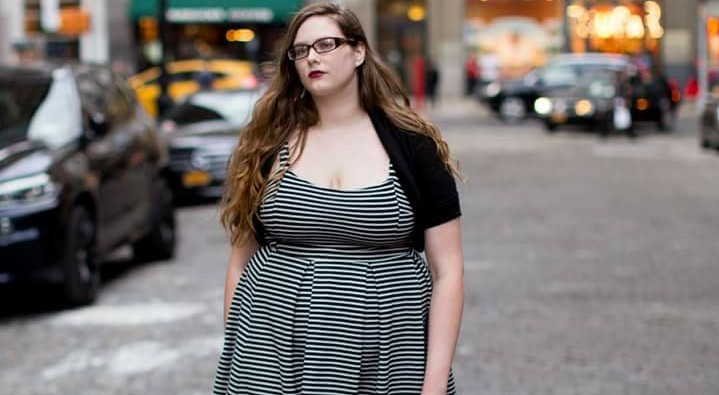 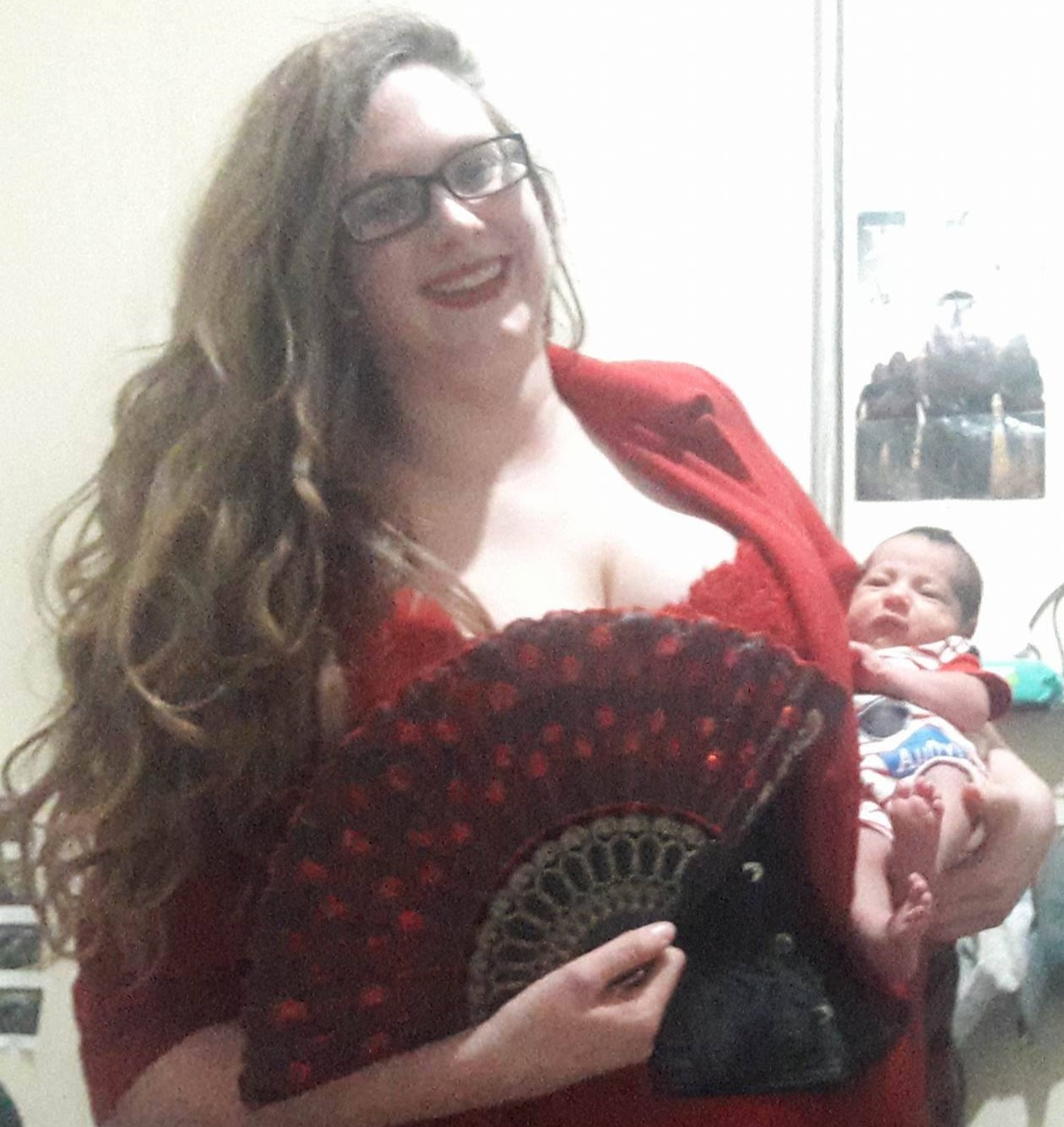 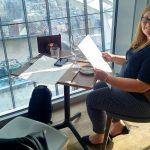 Previous Story:
Lisa Fenton. Success Strategies for Getting Back to Work. 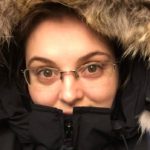