Today we raise our fists high and put our hands together in celebration of our Feature Girl Warrior, the talented and technical Music Engineer, Lise Beauchesne, an integral part of the sound editorial team at Aesthetic Corporation, who have won several Gemini, CSA awards and whom have been nominated for a primetime Emmy award. As Assistant Music Editor & Music Engineer at Aesthetic Corporation, she has worked on critically acclaimed shows like the Handmaid’s Tale, Vikings, Penny Dreadful, The Borgias, Camelot, The Tudors, Beat the World and Da’ Kink in My Hair. She is also the Assistant Sound Effects Editor for Raw Opium and Diamond Road. Music is Lise’s “religion” and consequently she’s always looking for something new to play on the stereo and also why she has 8 pairs of headphones and 4 speaker systems in her tiny apartment. She loves Porsche racing and F1, and goes to the Toronto Honda Indy every year and when she’s not listening to music or driving too fast, she loves to knit. Lise’s personal motto is Sisu, which is Finnish for courage, inner strength, and determination – the essence of Finland. Lise plans to have the word tattooed on her forearm in her Mum’s handwriting in honor of her Finnish heritage and to serve as a constant reminder that like her Mum she is one badass chick!

I think because I don’t care that there are social boundaries put upon me as a female. I’ve never been into “traditional” female activities/vocation; and honestly I’d don’t see why someone’s gender expression/anatomy matters to what job you do. Who cares that I have boobs, does that really mean I can’t sit behind a mixing console… really?

What drew you to music?

That quote pretty much sums up my feeling on music. Music has always been a part of my life and from a very young age I loved singing. It’s the best way for me to communicate and express myself in a language that makes sense to me since words often fail to due to my dyslexia. It’s akin to a religion to me as it has the power to transport to another land, heal, help you grieve and gives courage.

Who inspires you musically and why?

I’m terrible at these questions as there’s never just one/a few artists who I like or find inspiring. Anyone who can get up on stage or in front of the microphone I find inspiring. It takes a lot of courage to get out there and bare a bit of your soul. Plus my tastes in music are as changeable as the weather; once minute it’s a Hindi EDM track, the next I’m blasting a French pop tune, to Finnish Rap and then maybe a classical piece here and there to spice things up.

What’s the best thing about your work at Aesthetic Corp as a Post Production Editor and Music Engineer?

Getting my hands on new music. My collection has grown enormously since I started working as an editor. Also getting to see the shows before they air is fun. I just love spoilers!

You have worked on some incredible shows – Handmaid’s Tale, Vikings, The Borgias, Penny Dreadful, just to name a few. Tell us about your role and what were some of the hi-lights from working on these projects?

My job is to prepare any and all music that is required for the episode, so any music you hear has passed through my editor’s fingers. Aside from the boring paperwork stuff for performing rights organizations we cut the music to fit the show. Most of the music is scored by the composer (which we check for technical errors and correct placement) but often there’s “source music” or music the character would be able hear in their TV world. This music often goes through many people and by the time we get it, it’s very low quality so we need to replace it with CD copies of the tune and re-edit it to fit. Or the producers aren’t sure what song they’d like so we get the fun job of finding music that suits the scene and trying to make it fit; putting a certain lyric in a particular place, matching up dancers or musicians so they appear like they’re playing along to the music we edit. Often times musicians on set aren’t playing to the final aired version of music so we need to speed up and slow down the selected music to match their playing; it’s quiet technical and takes a long time sometimes depending on how in time the actor is rhythmically so we usually have several tempos of the song we need to create and cut in between them so they line up just so. It’s hard but that’s the most fun!

What is the meaning of Sisu and why is it so important to you?

“Sisu” is Finnish for “inner strength” “courage” and “determination”. It’s essentially the essence of Finland. It connects me back to my Finnish heritage and ancestors and gives me strength in times of need. I’m planning on getting it tattooed on my forearm soon so it’ll be a constant reminder.

You’re into Porsche racing and F1. Where did you get your love for fast cars?

My uncle. I never really was interested in cars until I decided to get my drivers license and almost let it expire before getting my full license. (Where I’m from we have a graduated licensing system that requires you to get your full license within 5 years of getting your learners permit.) I think I had like 4 or 5 months to get my full license and my uncle, a high-performance driving instructor, was the obvious choice to get me in shape to pass. Well he owns a BMW and I fell in love with German cars and racing while brushing up my skills. When I got my full license we then started going out to the track to do track driving and eventually I was introduced to the Porsche GT3 cup challenge series and since I loved Porsche’s I was instantly hooked. Now every year we go to the Honda Indy and watch the Indy cars and of course the Porsche cup.

What have been the biggest challenges or obstacles that you’ve overcome – personally and/or professionally?

When I first started out doing sound mixing professionally I was working in a theatre as the house sound technician. I grew up in that theatre as my high school was an arts school and we performed at lot there so naturally they hired me to work shows outside of school. I found out very quickly that chicks in theatre on the tech side was very uncommon and a lot of stage hands would call me “dear” or refuse to let me pick up a heavy road case lest I hurt myself, or even believe that I was the head of sound at the theatre! I was often confused as a wardrobe tech. I still get a mildly shocked look from some people when I tell them I do sound but it’s no where near as common any longer. Perhaps I’ve just stopped caring and don’t notice anymore?

What do we need to know “for sure” about being a woman in a technical field?

That your genitals absolutely do not matter when it comes to actually doing the work. In fact I’m seeing a lot more women in the sound field in all aspects. Live sound techs and crew might get a little more resistance since it’s still fairly male-dominated field but women can carry, move, lift, mix just as well as the dudes. Plus we can usually squeeze into tighter spaces to plug that missing XLR cable in!

People are going to have their opinions about what you do and it doesn’t matter. You love it, so just go for it! Take all the Sisu your grandma gave ya and go for it!

Find what you love to do and put your heart and soul into it. Whatever area it may be. Find supportive people who like the same things and feed off their passion and energy. You can do it! SISU!

My executive producer on my show is amazing. She does it all. Literally! Her vision is why the shows turn out as amazing as they are. She always has a nice word to say and voices her opinions with ease and confidence and I’m always in amazement of her. If she isn’t a fan of an edit or wants something changed she always is really good about asking for revisions and giving excellent guidance on what it is she’d like to have done instead.

Also, my Mum. She’s a badass and doesn’t take crap from anyone. She’s the sweetest lady and will be your biggest cheerleader. If I could have half her confidence I’d be golden.

Who knows! Anything and everything! But maybe a Porsche! … definitely a Porsche.

Where do you see yourself in 5 years?

Hopefully still behind the editor’s desk mixing and editing away on another great show or movie.

What makes you laugh uncontrollably? Cry out all the tears?

A well-written sitcom. I’m a sucker for a 30-minute comedy show that has great actors and a well-written plot.

If a song were written about your life, what would it be called?

To learn more about Lise check out her IMDb page at: 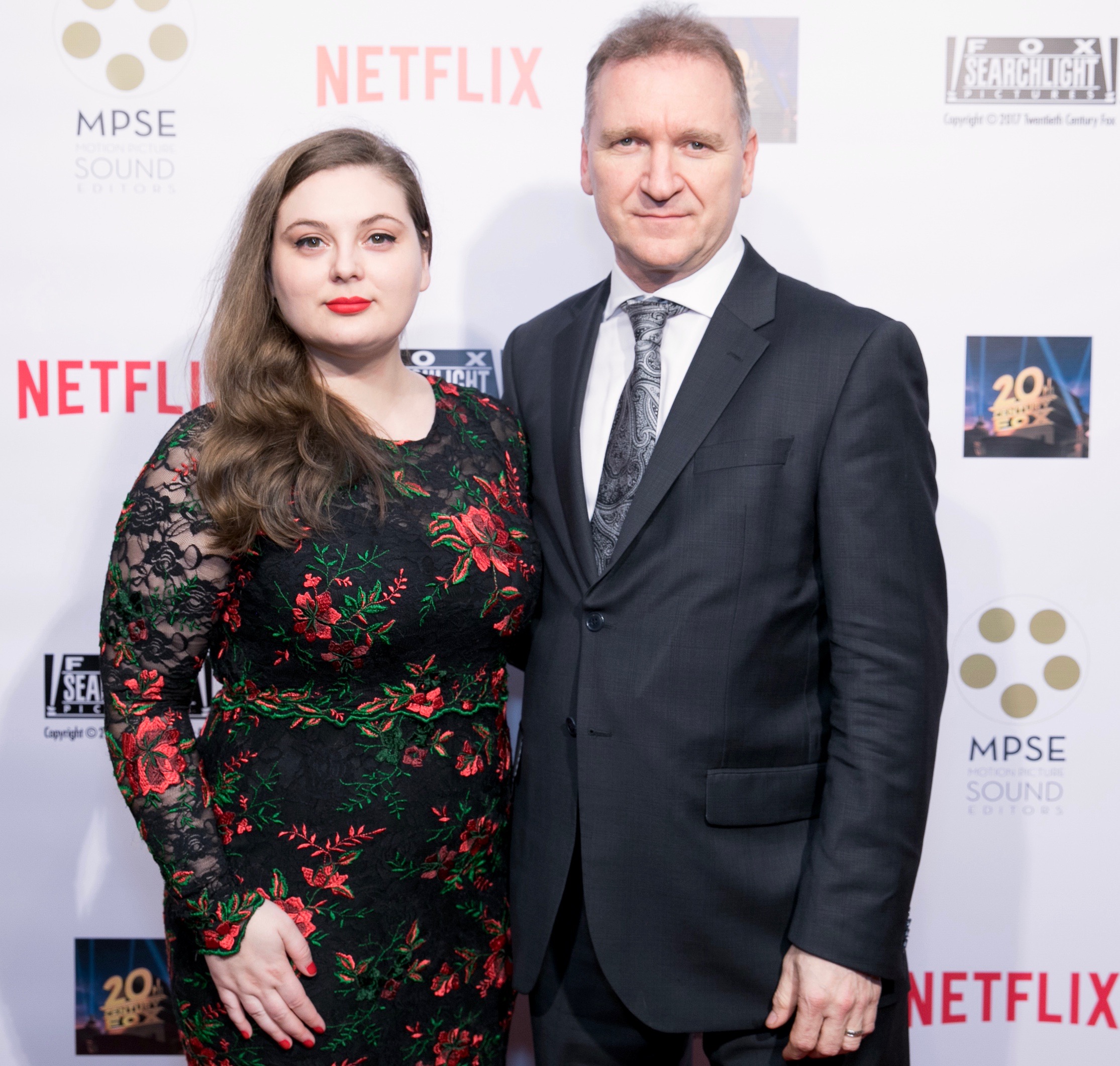 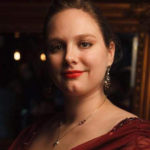 Previous Story:
Dakota Wollmer. The Power of the Imagination and All the Places it will Take You. 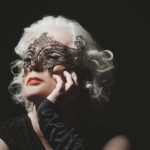