Today we raise our fists high and put our hands together in celebration of our Feature Girl Warrior, the talented and creative project concept developer, Kate Longpre, Community Integration Coordinator at Inter-Cultural Association of Greater Victoria. As the Community Integration Coordinator Kate’s role is to enhance the capacity of community stakeholders to welcome, serve and integrate resettled refugees in Victoria, BC. In October 2016, she approached Google Translate with the idea for the We Speak Translate project. The project objective was to address the number one barrier to new immigrant integration: language. Kate was driven by her interest in re-purposing technology, as a tool and symbol for welcoming communities, which value diversity and inclusion. Google Translate was immediately interested in the project concept and in April 2017 the We Speak Translate pilot project launched in Victoria, BC, the first location worldwide to initiate the project. The project involves training community stakeholders, organizations and institutions in the Google Translate app. Upon completion of the free, 50-minute in person or webinar training, participants receive a We Speak Translate decal, a visible symbol of inclusion and commitment to promoting diversity and communication across language barriers. Familiarity with the Google Translate app establishes a common platform for communication while newcomers develop their language skills. Since the project launch in April 2017, over a hundred trainings have been delivered to over 2500 participants including community groups, organizations, institutions and business across Canada. Barak Turovsky, Google Translate’s Head of Product, had this to say this about Kate’s We Speak Translate project, “We (Google Translate) are thrilled to see the continued success of this program, which helps newcomers overcome the challenge of settling into a new environment with a new language. Happy anniversary, We Speak Translate!”

I am a full-time single mother of two children, Mj (13), Leo (9). I work, raise my kids, maintain our home and our busy schedules with fun and spunk. My daughter has a chronic health condition, which we discovered a few years ago and I have a diagnosis of bipolar which I have to manage. We are a fun-loving, close family who are growing and tackling everyday together.

You’re a Community Integration Coordinator at the Inter-Cultural Association of Victoria (ICA). How did you get into this line of work?

I completed a Masters in Community Development from the University of Victoria in 2014 – 2016 while living in Trinidad and Tobago. Prior to my Masters I had worked extensively in community centres in Victoria, BC. When I returned to Canada after finishing my Masters I began looking for work.

I greatly value diversity and inclusion and applied for a position at the Inter-Cultural Association of Greater Victoria. I didn’t know a lot about refugee resettlement, migration and immigration before starting the position at ICA but, I sure know a lot now.

You conceived and launched “We Speak Translate” in April 2017. That’s an impressive accomplishment. Congratulations! How did you come up with the idea?

As I said when I started at ICA I didn’t know a lot about refugee issues and I was fortunate that the organization provided me with time to conduct research and gain a better understanding of the issues facing newcomers to Canada.

I started by examining the barriers to newcomer integration and inclusion and discovered that language barriers are the number one hurtle that many new immigrants face when settling in a new community.

I also explored the ways in which technology was being utilized to support the inclusion of newcomers and found that perhaps we (Canadian communities) weren’t tapping into tech to support the process of resettlement as much as we could.

With the arrival of many Syrian refugees in 2015 – 2016, there was also tremendous interest from community stakeholders, who wanted to play a role in making their communities, organizations, institutions and businesses more accessible and welcoming to newcomers. I wanted to develop a tangible initiative that would engage that energy that existed in the community.

I thought there was great power in collaborating with the Google Translate to use their app to support refugee resettlement and promote communication across language barriers. My hope was that through the We Speak Translate project, the Google brand would be seen as promoting/supporting diversity and inclusion and that would be a powerful symbol.

How does the program work?

The We Speak Translate project is a first-of-its-kind collaboration between Google Translate and the Inter-Cultural Association of Greater Victoria (ICA), BC, Canada, which uses the Google Translate app to aid in refugee resettlement and newcomer inclusion in communities. The We Speak Translate project addresses the number one barrier to new immigrant integration – language – by re-purposing technology as a tool and symbol for welcoming communities – which value diversity and inclusion.

The project involves training community stakeholders, organizations, business and institutions in the Google Translate app. Upon completion of the free, 50-minute training, available in person or via webinar, participants receive a We Speak Translate decal – a visible symbol of their community to promote diversity and communication across language barriers. Familiarity with the Google Translate app establishes a common platform for communication while newcomers develop their English language skills.

What have been the biggest challenges or obstacles you’ve overcome?

I thought the project would immediately take off and that people would be as excited as I was about the opportunity to re-purpose technology to assist with making our communities more welcoming and inclusive of newcomers. That was not the case and I have spent the last two years actively, seeking out community stakeholders and promoting the We Speak Translate project and training. It has been hard work but it has paid off. Since the project launched in April 2017 over 2500 participants have been trained across Canada representing diverse sectors. There have been many project achievements that have been equally as inspiring and have sustained my energy and belief in the value of the project.

What do we need to know “for sure” about resettling refugees into their new communities?

The process of resettling in Canada requires tremendous strength, courage and perseverance. We are blessed to have resettled refugees and their strengths in our communities.

What’s the most important life-lesson this experience has taught you?

The importance of perseverance.

Not everyone is going to appreciate your high energy and drive but this makes you who you are. Hold you head high.

You won’t catch any fish if you don’t put your line in the water.

My 13-year-old daughter Mj is my biggest Girl Warrior hero. Mj was diagnosed with a rare brain malformation when she was 11 years old. As a result of her condition she has epilepsy and struggles with learning. While it is a blessing to know Mj’s diagnosis and have a better understanding of the challenges she faces, it is still difficult for Mj to accept her disability.

As I watch Mj grow and develop, I see the courage and strength that she has to get up every day and face a world that can be complex for her. She has a beautiful spirit and personality that is open, warm and accepting of everyone regardless of their ability.

I am always looking for new opportunities. I don’t see myself working or living in the same place for long periods of time. I enjoy new challenges and learning about other social justice issues. I would love to learn more about and play a role in indigenous reconciliation and decolonization. I hope to work abroad when my children are older. But also have great aspirations to work less and surf and garden more!

Blue sky it. Where do you see yourself in 5 years?

I don’t know where I will be in 5 years. But, I can tell you in 2020 – 2021 I plan to take my two children to live abroad and travel for a year. I believe in showing my kids the world and living in different cultures. Worldliness is as important, if not more important, than school smarts in my books.

What makes you laugh uncontrollably? Cry out all the tears?

My own Instagram videos make me laugh pretty hard. If you can’t laugh at yourself who can you laugh at!

I cry when I fall into deep depressions, which happen more than I would like to admit. The downside of being bipolar.

What has been your biggest disappointment/triumph?

My biggest triumph recently was stopping smoking tobacco! I read a great book called “Allen Carr’s Easy Way to Stop Smoking” and it made the experience easy and I’d even say enjoyable.

What message would you put on a t-shirt that describes you perfectly?

Connect with Kate on LinkedIn at: https://www.linkedin.com/in/kate-longpre-m-a-5a07731b/ 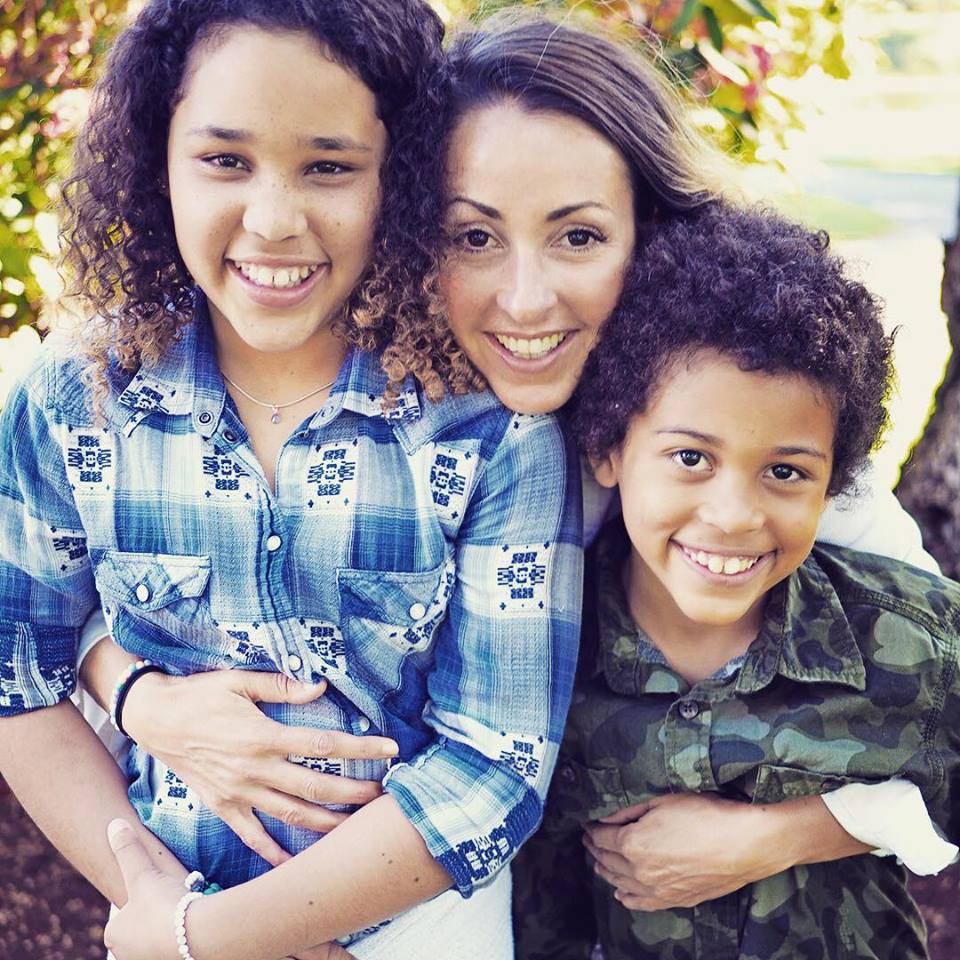 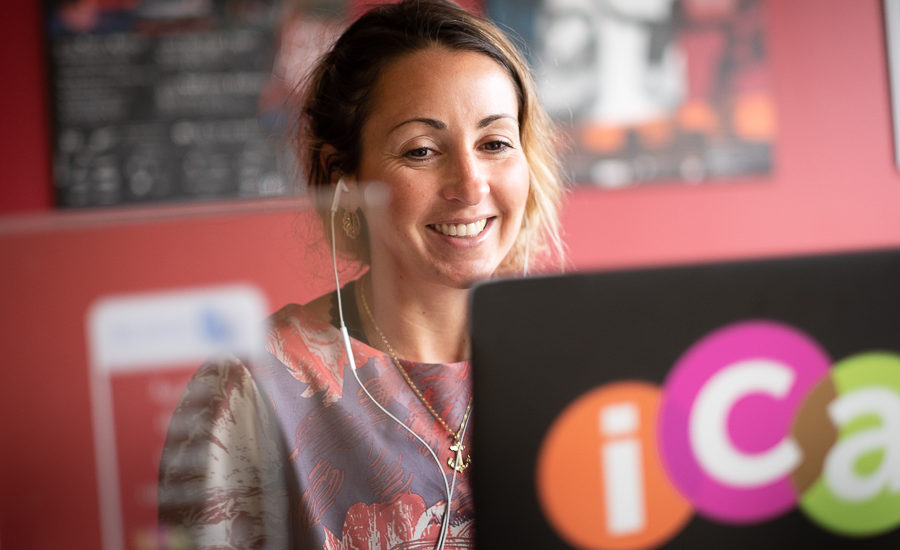 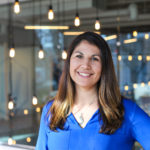 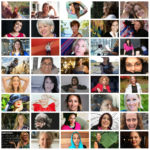 Next Story:
The Reluctant Girl Warrior.