Lunch with a Friend.

I had lunch with a sweet friend recently, which was so nice and not something I’ve done much of over the past two years, with all things Covid affecting our lives. Big things, little things, happy times, crappy times. All have fallen under the pall of this Pandemic. We hadn’t seen each other in a while so we had a lot to catch up on – everything from our families, work, dogs, travel, mutual friends, and old colleagues but our conversation also included weighty subjects like death, dying and disease.

I’m at ease, downright comfortable, discussing all the super serious Ds, but chatting about common health conditions, especially the everyday garden variety, has never been riveting conversation for me. In a word, boring. Part of this stems from years and years of tiring talks with an older family member, who for the most part, speaks of nothing else. It’s gotten so bad I’m afraid to ask them how they are. Because trust me, they’ll tell you, ad nauseam, in graphic detail about every single ailment, ache and affliction. My compassion muscle has gotten a good workout over the past decade or more. I love this person dearly, so I listen. And listen. And listen. But being younger and sassier, I vowed I never ever wanted to be that person. The one who caused eyes to glaze over, ears to surrender to deafness, mouths to yawn.

Well, guess what. On Friday I became that person.

It was like this floodgate opened, wider than the Amazon (river, not the online retailer) and out gushed this monotonous, the most boring story ever (I use the term loosely) about my health and all the afflictions I’ve lived through since March 13 of this year. The fact that I know the exact date that this misery began, reveals not just how bad it was but also how uninspired this storytelling was. (I’m sincerely sorry, my friend.) If it hadn’t happened to me, I would have laughed my ass off. Because in my attempt to describe the sequence of events since mid-March, it did sound like the plot of a really bad soap opera, which is always good for a laugh. Ultimately, we got a case of the giggles brought on by the calamitous absurdity of it all. I think it was right after she said, “you never get sick!” The irony was not lost on either of us.

But the truth is, in the past four months I’ve done more crying than laughing. I’m just beginning to make my way over to the sunnier side of the street.

One of the hardest things I’ve wrestled with these past four months has been the inability to express myself creatively. I’ve been unable to sit at the computer or pick up pen and paper and write. Not because I didn’t want to or was physically unable but because I’ve quite literally had nothing to say. Nada. Not a word. Since I was able to read, I have written. As a child I was painfully shy so expressing myself verbally was close to impossible. As my eighth-grade teacher, Mr. Sinclair wrote on my report card, “Bonney is more content to listen, then to participate.” I found writing a less-threatening means of expression.

Writing has always been my safe haven and my happy place. After spending a few hours writing I feel well. Prior to March 13, if a week or two went by without writing I would feel out of sorts, not myself, uncomfortable in my skin. When this happened, I knew what to do. Write. And every time, without fail, it was the cure for my malaise.

So not only have I been feeling physically ill, emotionally I’ve been stuck in the mire, drowning in spiritual quicksand. But since Friday, I feel like I’m waking up from a long nap. Call me Rip van Winkle. I’m not fully well yet, but I’m crossing the road and heading towards the sun. I’ve found my creative compass. It was tucked away in the pocket of my jeans this whole time. Just waiting for this moment. 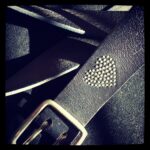 Previous Story:
In Our Heart of Hearts.

Next Story:
Go Away, I Have a Headache.