Go Away, I Have a Headache.

I started getting migraines when I was eleven years old. The first one was a horror show, which morphed into a terrifying recurring nightmare. Over and over. Year over year. Decade by decade. Ma used to say, it was my cross to bear. We all have them.

As a kid, I remember asking if I could pick another cross. This one sucked. Big time.

According to Cat Stevens, the first cut is the deepest. He was talking about love, but I think this applies to other “firsts” as well. They are always the most memorable. At least for me. They stand out, well, because of their firstness, their never happened before essence, not been done heretofore novelty, never been seen until now wonder or their brand-new experience amazement.

My migraine experience was kind of like that, only it was the worst first. Ever. It was the beginning of living with migraine dread, fear, and trepidation. A curse. When they first started, existing in this constant state of anxious anticipation and high alert was often worse than the migraine itself.

Picture this. It’s an unusually quiet, peaceful Saturday afternoon in the middle of April, in Nowheresville Northwestern Ontario. On a quiet street, lined with wartime houses and Manitoba Maples is my childhood home, affectionately referred to as 204 in all my stories. At the kitchen table sits my second oldest brother Del, aka Doob, the News Chronicle is spread out in front of him, he’s pouring over the sports section completely unaware that in mere seconds his kid sister is about to interrupt his serene, anxiety-free tranquility with mayhem and chaos. For the next few hours, she would literally turn it into a madhouse. Even crazier than anything either of them had ever experienced during one of The Old Man’s drunken benders.

She bursts into the kitchen screaming, “I’m blind! I’m blind!”

He looks up at her with an expression that is equal parts confusion and disbelief, and says, “What do you mean?”

“I can’t see! I can’t see!” she cries as she stabs at her eyes with her little eleven-year-old fists.

“What does that mean?”

“You have a big black hole where your face is. And there’s really, bright flashing zigzag lines over my eye.”

“That’s crazy,” he says, as he gets up from the table and cautiously approaches her. “Close your eyes.”

“I tried that. It doesn’t help. It’s still there.”

“I can’t, I can’t. I’m so scared. Am I dying?” she caterwauls, dropping dramatically to her knees.

At this point, they are both quivering like maple leaves at the onset of an October storm. Foreshadowing. Winter is coming.

You’re not dying,” he repeats, attempting to reassure himself more than her. He has no idea if she is dying. She could be. What did he know. He wasn’t a doctor.

“God-oh-God, what is happening to me,” she whimpers pitifully.

“Ma will be home soon. She’ll know what to do,” he says dubiously. He had no idea when their mother would be home, much less what would happen once she got there.

But thankfully, he was right.

Within minutes Ma and The Old Man walked in the door toting bags of groceries. I wrapped my arms around her, sobbing hysterically, pleading with her to help, to make it go away. And within an hour, as if by some medical miracle, the mysterious numbness went away, the blindness and flashing zigzag lights cleared up completely and my sight was restored. And then, the pain started.

The pain was so bad I threw up. Non-stop for hours. I spent the rest of the day and night in bed and woke up the next morning pain-free but feeling “weird.” It would be years before I’d have a term for that weird disorienting feeling. Migraine hang-over.

No one knew what caused this random out-of-the-blue and inexplicable episode.

Ma said I was “bilious.” I was eleven. I had absolutely no idea what she was talking about. Apparently, this was something she experienced from time to time. She didn’t refer to it as a headache, much less a migraine. But from that day forward, I too suffered from this strange and painful affliction called bilious.

I relive that day every single time I get a migraine. Every time. Without exception.

With the first flash of light, I panic. Anxiety builds as my pulse races, my body shakes and my mind goes to all the dark places. I see Doob’s eyes fill with fear, his face turn to ashen snow, the overwhelm and helplessness pushing him to the precipice of passing right out. It was unfortunate timing on my part because, like me, he was highly sensitive, anxious, a worrier and of my two brothers, the least equipped to deal with something like this. We’ve never discussed it, but I often think I may have traumatized him for life.

The good news is I became my own medical researcher, which wasn’t easy back then in the prehistoric days without computers and this thing called Google. Very little was written about Migraines. Ma brought me to the doctor when I was thirteen. He was useless. Said it was my “nerves” and prescribed Valium. Valium. To a kid. It was crazy making.

Throughout high school, I mostly kept quiet about this baffling disorder. Everyone gets headaches. But not like this. I couldn’t explain them in a way that was fully comprehensible or that didn’t sound overly melodramatic, foolish or downright insane. If an “attack” came on while in school, I would struggle through the pain and disorienting symptoms until the day was over and I could find relief and refuge at 204. I battled this thing, this arch enemy that attacked out of the blue, in the middle of gym class, science lab, band practice, lunch break, or giggle fit.

Through it all, I learned a lot about shame, secrets, loneliness, isolation, and bravery. I was embarrassed and ashamed that I had this disturbing thing wrong with me, that nobody else did, so I kept it a secret, just like The Old Man’s alcoholism. But I also learned how to be brave, to feel the fear and face it head-on, walk right through anxiety and challenge it – like the schoolyard bully it was – call its bluff. And I learned that shaking trembling legs would get me there. I did not fall.

That said, I cried a lot. Bargained with God. Tried to make a deal. I’ll take anything but this shit. Please and thank you.

The good news is, I developed coping skills that grew with age. The biggest thing was that I started to talk, to confide in people outside of my family, and most importantly to trust that it would be okay to do so. By sharing my story, my deepest fears, and darkest secrets I discovered that I wasn’t the only person who got these headaches. I wasn’t alone. There were other sufferers out there. It was a relief to unburden myself. For years I felt broken. Like damaged goods. Defective. Factory flawed. Not like anyone else. A freak of nature.

I learned there was a name for these mysterious headaches with their perplexing prodrome. I learned that those zigzag flashing lights I was seeing were an aura, the warning signal that a migraine was headed my way. I learned about triggers. Some the hard way. It took me years to figure out that red wine was one of them. I learned about the things that helped and brought some relief. Like quiet dark rooms and a comfy bed with a bucket close by to throw up in. I learned about nutrition, healthy eating, vitamins, and natural herbal remedies. By seventeen, I found yoga. It was a life changer. I learned poses that I could do at the first onset of the aura that would bring relief from the pain, but more importantly, the anxiety. I found solace in the wise words of spiritual leaders. I learned to meditate and control my breathing. I started running every morning and walking and biking instead of driving. I embraced the theory that movement is medicine and continue to take daily doses, rain or shine. I learned to grow my courage and compassion muscles. I learned to love my little warrior heart and to call upon it in the hour of the wolf or whenever I was overwhelmed by the enormity of life. I learned never to give up. I learned that life isn’t always fair, and that Ma was right.

We all have our cross to bear. Most days, I’ve learned to carry mine with grace. And choose not to be nailed to it. 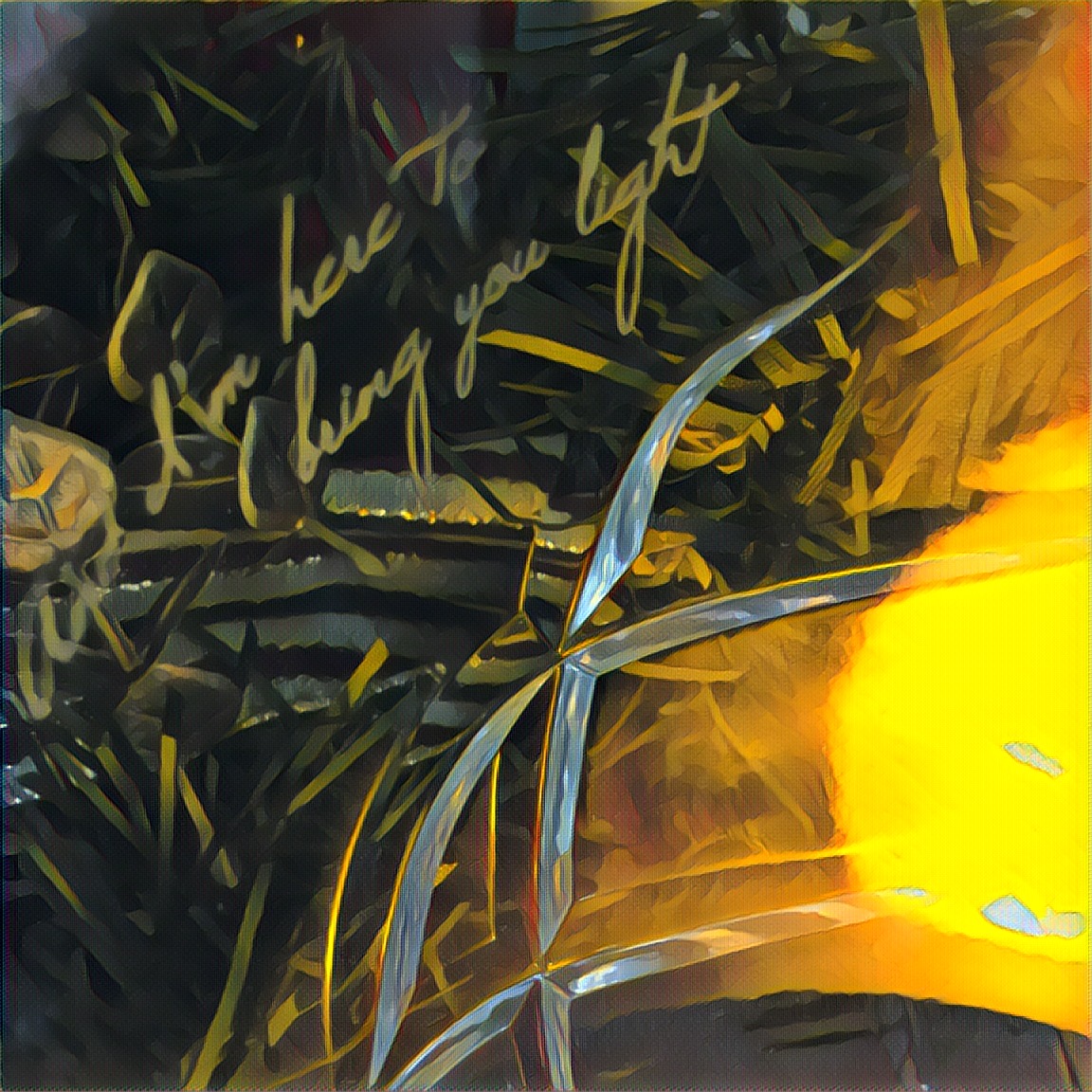 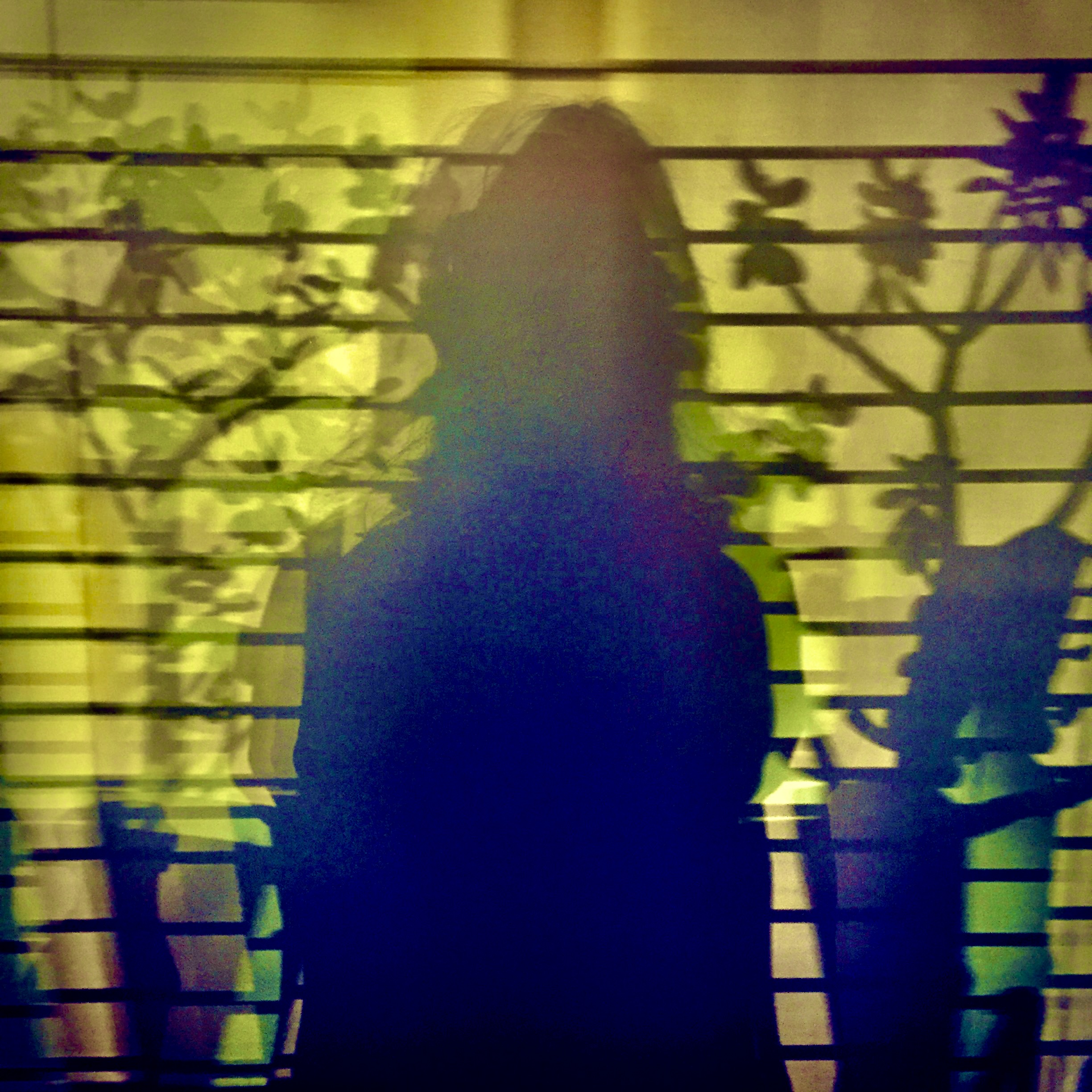 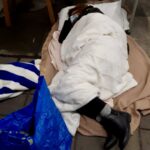 Previous Story:
Lunch with a Friend. 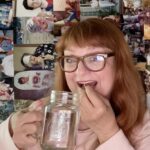 Next Story:
I Love Loba.