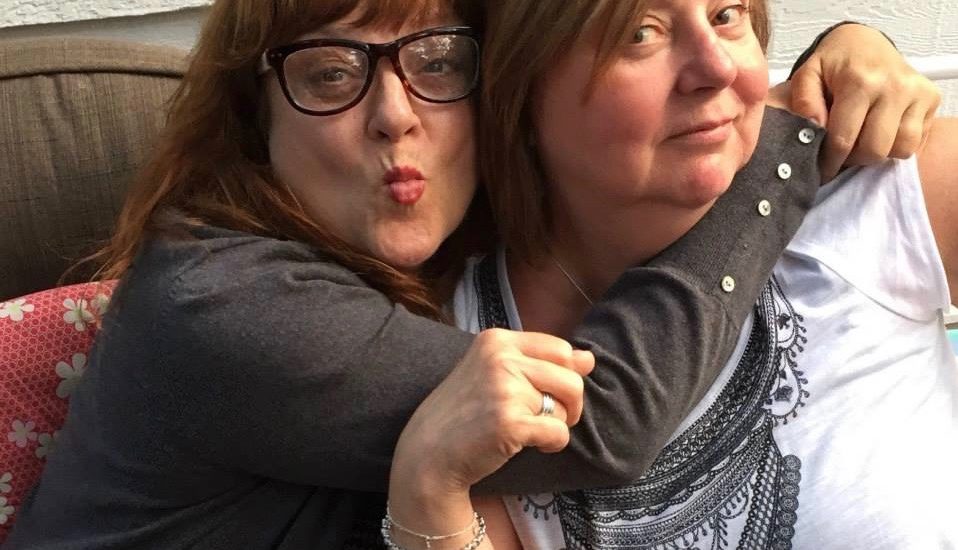 I have a best friend.  Ma always told me that if I had one really good friend in life, then I was truly blessed.  She was right.  And I do.  I was reminded of this on Saturday when a little package arrived just for me.

Little back story.  We met when we were both sixteen.  My recollections of our first meeting are hazy, veiled in layers of years. I think we were introduced at a party.  Why not?  We were teenage girls.  That initial contact put us into each other’s orb for life.

We might have met sooner, had we grown up in the same neighborhood.  The world is small in a small town but even smaller when you’re a little kid.  Now when I look back, there were many opportunities for us to have met before that night. The Old Man delivered bread to their house. Our neighborhoods weren’t that far apart.  We were both Finlanders.  But back then, I never wandered too far away from 204.

We had been going to the same high school for two years before the party and yet we had never crossed paths.  We were in different academic programs and travelled in different circles.  I was a band nerd and had trouble making eye contact.  She was one of the admin girls and painfully shy.

But once we were introduced that all changed.  Wham!  She’s in my universe and we’re bumping into each other everywhere.  Hallways. Gymnasium.  Cafeteria.  Washrooms.  Schoolyard.

We had a lot in common.

Soon we were walking home from school together. Sometimes we would stop at the corner before heading on our separate ways. These conversations that so absorbed us; it was impossible to let go. Other times she would come to my house for tea and the fresh-baked cookies Ma always had waiting for us.  Our discussions were large and deep for two teenage girls.

We explored everything.  No topic was off limits. We wondered and pondered.  Probed and mused.  Drilled down deep to places most young girls that age would never have contemplated.  The subject matter wasn’t always full of profundity however, nor was it terribly serious.  We were sixteen after all.  We talked about boys a lot.  She had a steady boyfriend.  I did not.  At times I lived vicariously through her romance.  It was fun.  And safer.

We were tender and sensitive.  Lovely and sweet.  Gentle and kind.  Creative and imaginative.  We both liked to write and sew and do crafty things.  We combed through teenage magazines and picked out fashions we loved.  One of our favorite haunts was the fabric department at Eaton’s.  She was a brilliant sewer.  I was accomplished enough but nowhere near as gifted as her.  She could have been a fashion designer.  That’s how good she was.

We were poets and Philosopher Princesses.  Our hearts were broken often.  Not just from love gone wrong.  But from all the pain, suffering and heartache we saw in the world. Everything touched our young fragile spirits.   We were emotional risk takers, willing to go out on a limb.  Fall.  Break.  And when we did, we helped each heal.

We laughed our faces off.  And cried until we were exhausted.  We ranted.  And raved.  We sang along to our favorite records.  And danced like wild girls in my small upstairs bedroom.

She taught me yoga and the power of meditation. Macrame and how to make the perfect square knot.  The fine art of stringing colorful beads into gorgeous necklaces. She gave me a slip from her mom’s African violet and taught me how to grow my first plant.

We hung out at local dives and smoked cigarettes and drank coffee until we were shaking from nerves rattled by too much caffeine and nicotine.  We wrestled with our own mortality.  Danced with our inner demons.  Contemplated what it was like on the other side of this life.  We were complex young women.  We were simple teenage girls.

We shared dreams.  Held secrets.  An unbreakable bond.  Sisters of the soul.  Best friends.  We got each other.  Really dug one another.  Like we were cut from the same cloth.  We were sisters from different mothers.

We marvel that this friendship of ours has endured decades.  We’ve gone from Teen Girl Warriors to Wise Crone Goddesses.  We can be apart for years, barely keep in touch, and reconnect in a heart beat. We’ve been through first loves, marriages and separations.  We’ve had children and watched them grow into beautiful adults. We’ve lost loves and discovered new ones in unexpected places. We’ve said goodbye to parents and stood at gravesides. We’ve been through a lot together and apart.  Yet one truth remains.  I’ve always known that no matter what, she had my back.  And I had hers.

Last week, she posted a note on my Facebook timeline.

“Did I receive the pkg?”

“I got a notification but didn’t know who it was from.  I was going to pick it up on Saturday,” I posted in response.

I love surprises.  On Saturday afternoon while E and I were running errands we stopped into the local grocery store, where the post office is tucked away in one corner.  I picked up the parcel, which was light and rattle-free.  Its weight and silence only added to its delicious mystery.  E picked up a couple of pints of ice cream that were on sale and headed to the checkout.  While he was waiting in line, I went outside.

Suddenly I was sixteen again.  I couldn’t wait to get home.  Standing next to the row of grocery carts, I thought to myself, I’ll just take the tape off.  But once the tape was removed, I couldn’t stop. It was like Pandora’s Box.  Too tempting.  Before E was through the checkout I had one end of the brown wrapper removed and was opening the box.

And there it was.  Wrapped in green tissue, sealed with gold stickers, and inscribed with five precious words, “made with love for Bonney.”  An original design by B.  Vintage sundress inspired chef’s apron.  Meticulously crafted with attention to every detail.  Sweet whimsical buttons in yellow red and blue set on tiny pink flowers.  Wonder-filled.

There isn’t a word for the delight I felt at that moment.

Once home, and in the privacy of my sacred writing space, I held up this beloved gift to take in its full magnificence.  It was like I was holding B in my arms.  Love was radiating from every thread.

Her final instruction to me on the pink post-it note included in the package, read simply. “Enjoy!”

Footnote: Last summer when I was back East for my brother’s wedding anniversary B and I had a glorious visit.  It was brief, just one afternoon but long enough to reconnect.  She took me out to see her beautiful garden.  Everything she touches blooms and blossoms abundantly. One flower in particular captured my attention. The Brown Eyed Susan.  In the package, with the apron, was an envelope with one last note from B.  It was filled with Brown Eyed Susan seeds from her garden.  “Scatter them in spring and let nature take its course,” she wrote. 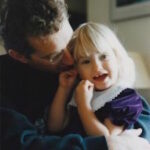 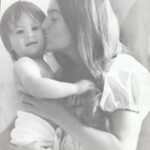 Next Story:
I Recall the Smell Like it was Yesterday. 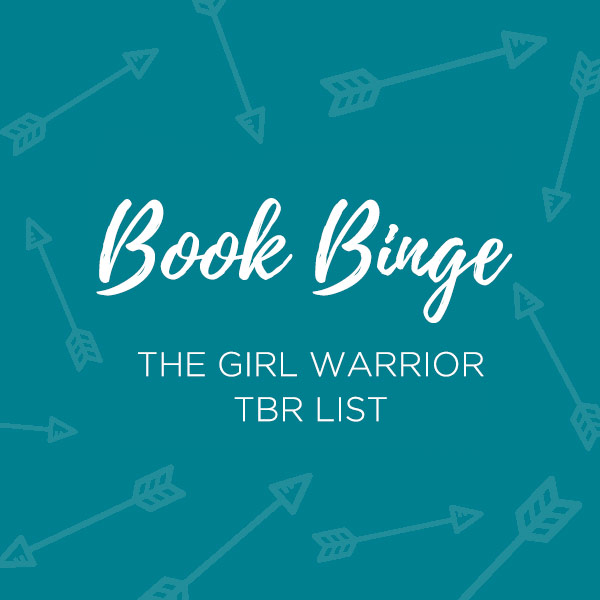