When I was twenty it was hard to imagine being old. I don’t mean growing old because the word “growing” implies that there is some sort of process or action taking place. Like what happens to flowers or hair. And at twenty, I was all about action and doing things, making things happen. I had a baby boy. But actually being in the Land of Old was some far away Neverland and impossible to fathom. Certainly, it was something that happened to other people, like my Aunt Hazel, but not me.

And then it happens.

Insidiously. So gradual you’re caught off guard by the weird old broad staring back at you in the mirror. One minute you’re changing your baby’s diaper and the next you’re considering Depends. It’s probably better to not know anything about this old place when you’re young. There’s something to be said for blissful ignorance. Hang on to it for as long as you can kids. But you can only hang on for so long before your hands get too sore or too weak to form a defiant fist.

Eventually you have to let go.

Not necessarily accept. I’m all for kicking and screaming into that good night. But you do have to let go. One way or the other, if you’re lucky or even if you’re not, you end up here. And it’s not all that bad, especially when you consider the alternative. And believe me I have considered that. It’s depressing.

Most of the time I just mosey along as this invisible older woman. On my worst days, I hate it. Plain and simple. It sucks and we all know it. We just don’t speak it out loud. I’m also frightened, especially during the hour of the wolf. I’m often lonely and despairing. Flat-out saddened and oddly startled by my emotions. Everything hurts – physically, mentally, emotionally and spiritually. I’m a head-to-toe mess. Vulnerability is the shadow that follows me everywhere. I want it to get lost, take a hike, fuck-off. But it won’t leave.

This isn’t to say I’m not grateful.

I am after all, a middle-class white woman living a rather comfortable life in Canada. I have two dogs. I’ve listened to Oprah, and not to mention, an abundance of spiritual gurus and wise sages long enough to appreciate the power of gratitude and how the universe bends its will for those who are eternally grateful – for at least ten things a day. Ten things recorded every night before bed or first thing in the morning in a faux leather journal or spiral-bound notebook.

My book of gratitude, however, became the embarrassing smug-holder where I kept all my most spiritual and sacrosanct thoughts, the ones intended to empower and enlighten me, and miraculously place me reverently into a sacred place on high. Above everything and everyone. Because after all this gratitude expressing, endless note taking and thought keeping, I must be wise. Super wise. Holy even. Transcendent. I must know “the secret.” I watched the documentary.

But I don’t. Not when I was twenty. Not now.

Here’s the really ironic thing about landing here on this fragile and vulnerable ground. Honestly, I don’t know anything “for sure” Oprah. Certainty. The one thing I expected of the older me when I was twenty. My older me was supposed to have cracked the code on the meaning of life and commanded the laws of attraction. After all, there’s got to be an upside to these crow’s feet, thinning hair, sagging boobs, aching knees and reading glasses.

Get old and get certitude. Not me.

I’m still playing hide and seek with the mysteries of life, with more questions than answers. More groping in the dark, looking under rocks, whispering to the wind, wading into the ocean, begging the earth, worshiping the sun, screaming at the moon, gazing longingly at the stars and demanding that they release the eternal truths, the infinite knowledge and the wisdom of the ages. Yet, after all they have seen and witnessed, they remain profoundly silent. 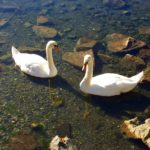 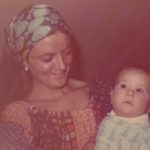 Next Story:
The Right to Choose.